The 2016/17 season has been the start of a very special ski touring boot.. After several prototypes, a lot of time and lifeblood our baby was finally ready.

The feedback was overwhelmingly positive right from the beginning. „Finally a shoe that is pleasant to climb without bootfitting and at the same time performs well on the descent. It fits exactly the needs of ambitious ski-mountaineers!“

So, what makes the Fischer Travers so successful?

The Travers has a relatively high-volume last and thus feels like slippers on your feet. It is one of the very few ski touring boots in which almost everyone feels comfortable right from the beginning. Without a break-in phase, without adaptation, without other tedious procedures. I have already wandered 30 km in the Andes in one day with them and skis on my backpack – it is like a light mountaineering boot. At the same time, the Travers performs extremely well on the descent.

No bells and whistles

The boot is clean. Free from meaningless innovations or supposedly groundbreaking inventions (which actually don’t solve a real problem and often lead to recalls). Everything that has proven itself on the market is united and optimized in the Travers.

Perfect closure of the Boa system through pulley guides

The Boa system instead of a lower buckle has proven for quite some time in various ski touring boots. This means that the boot closes tightly at the instep for the heel hold and only slightly at the toes for the necessary blood circulatio. Thus there is a perfect distribution of the closing force. Unique to the Travers: the pulleys for the plastic-sheathed steel cable. This eliminates the wear of the system as with boots with Boa System without pulleys. I’ve never had rope issues – not even in a prototype.

There is hardly another part of ski touring boots in which more energy has been put into unnecessary improvements in recent years. The Travers has a solid, simple, maintenance-free lever for ski to walk mode that works reliably.

No annoying, additional closure strap in addition to the upper buckle

Because you simply don’t need it for ski touring. Ski touring is mountaineering in winter, not alpine skiing. 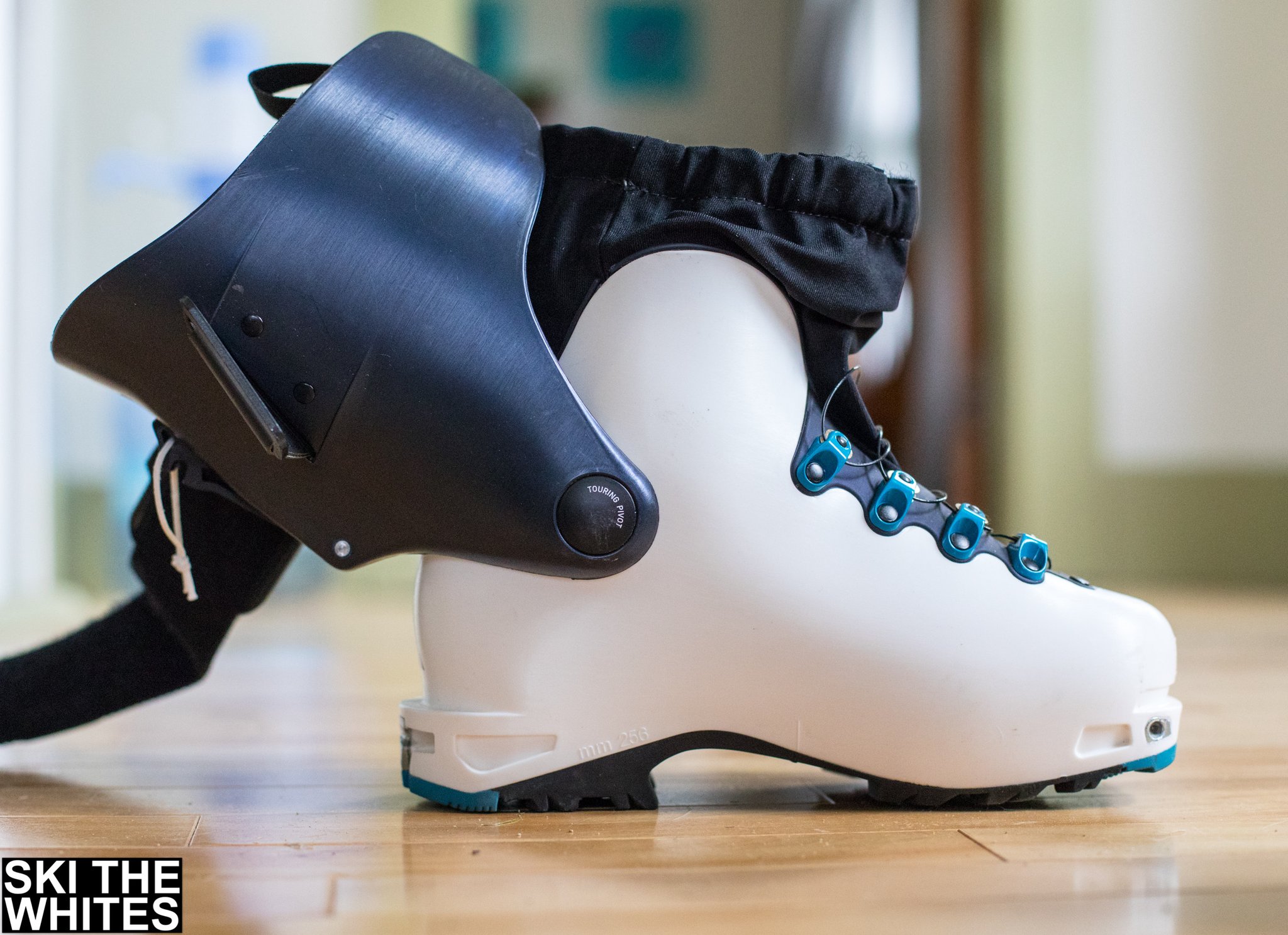 Despite the crampon compatibility the Travers offers a tremendously short sole length in all sizes. This gives you a much better feeling when climbing on rock.

The top models (CC & CS) of the collection are equipped with liners  from the French manufacturer Palau. In my opinion the best liner on the market.

The cuff rotation is 80°. That’s a nice feature, but in practice it doesn’t help – because you can use a maximum of 50° in long moves. Rotation of the cuff without resistance is much more important. The heavier ski touring boots hardly offer this – even if they often have a rotation angle of 60° and more. The Travers shows almost no resistance.

Fischer Travers in its dedication

Encouraged by the positive feedback to the Travers, we are expanding the collection to cover the entire spectrum of ski touring enthusiasts. Now, there are four different Fischer Travers models in different performance and price categories. All boots have the same structure. They differ only in the materials used. 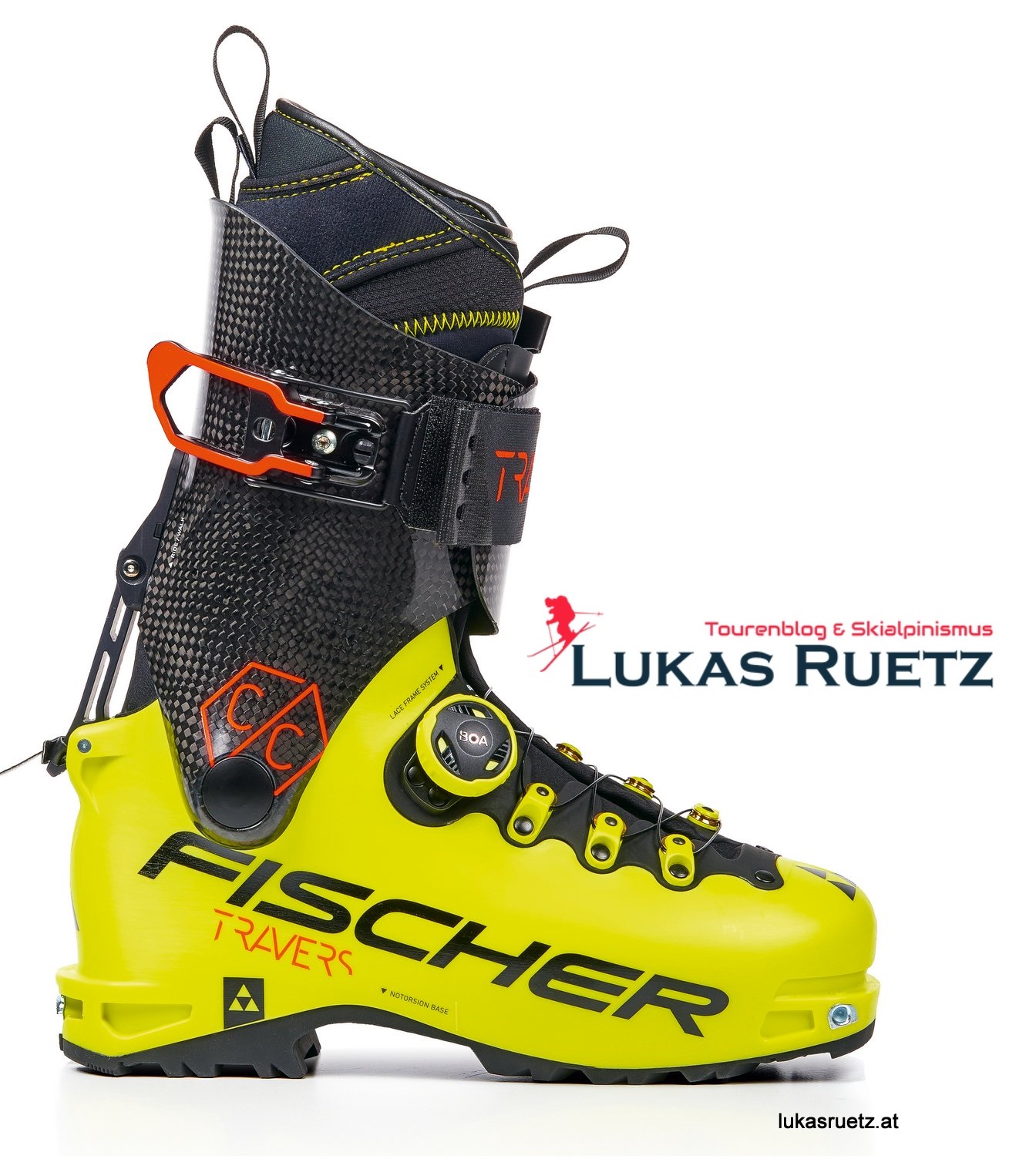 Photos of the Travers CC 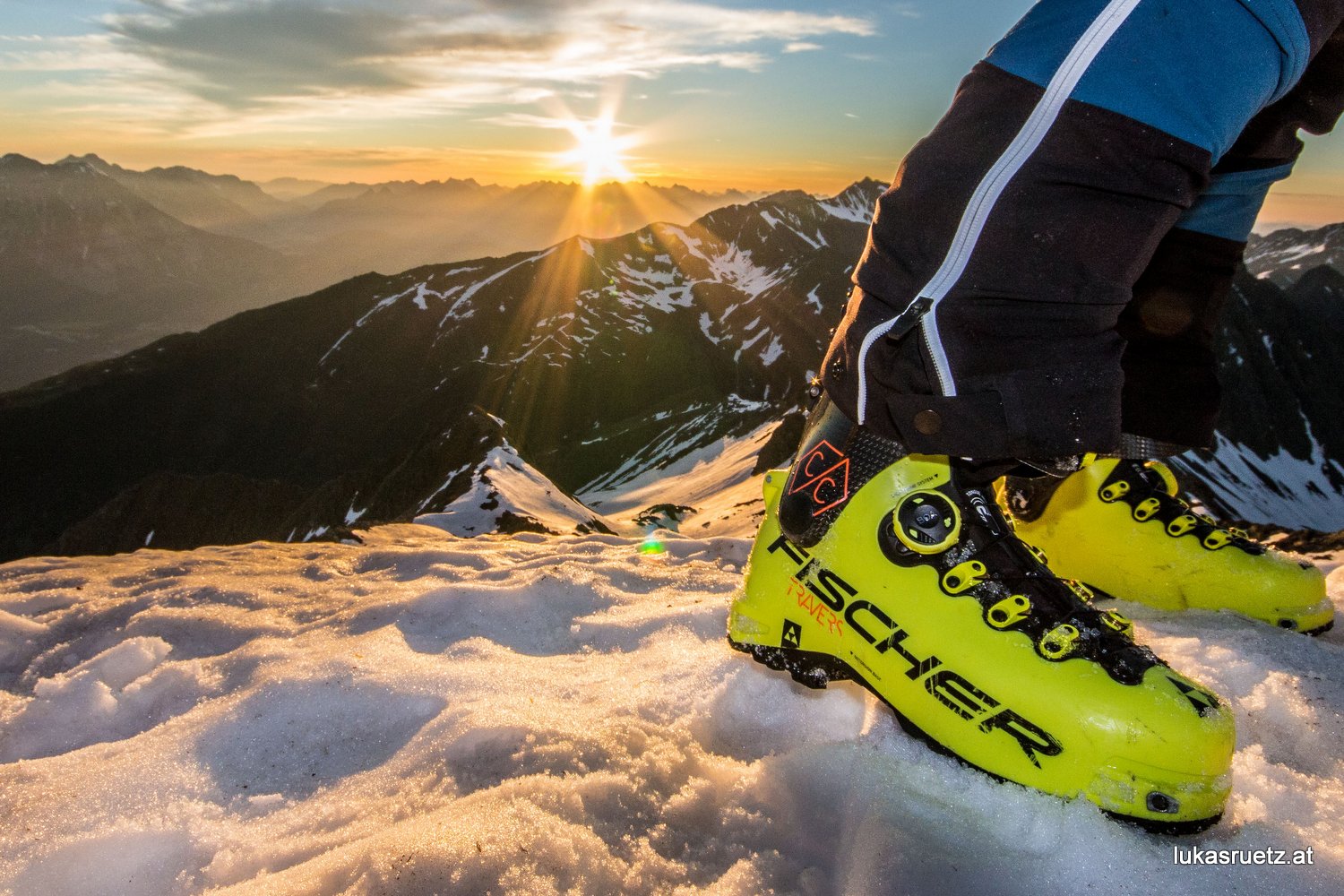 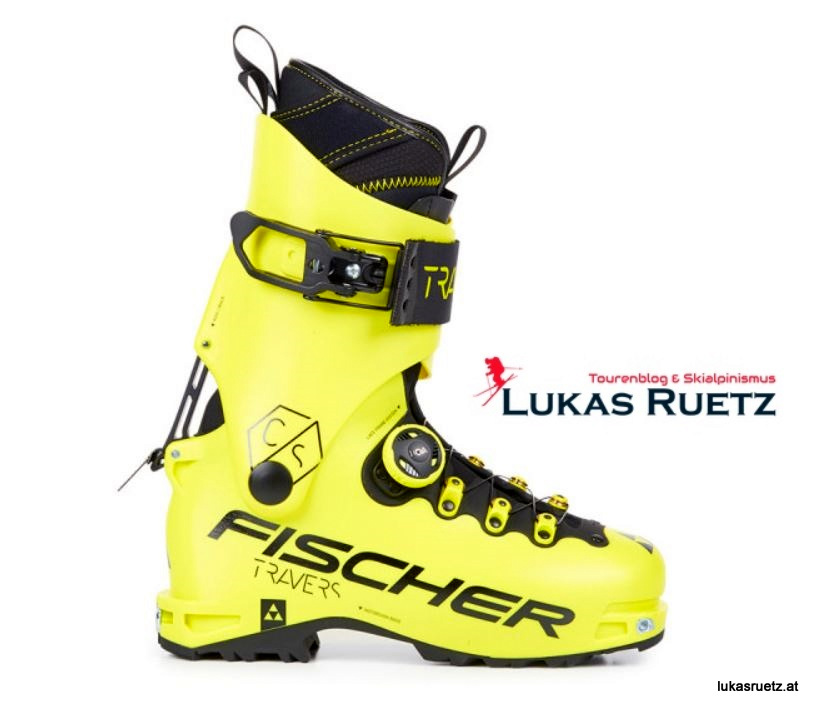 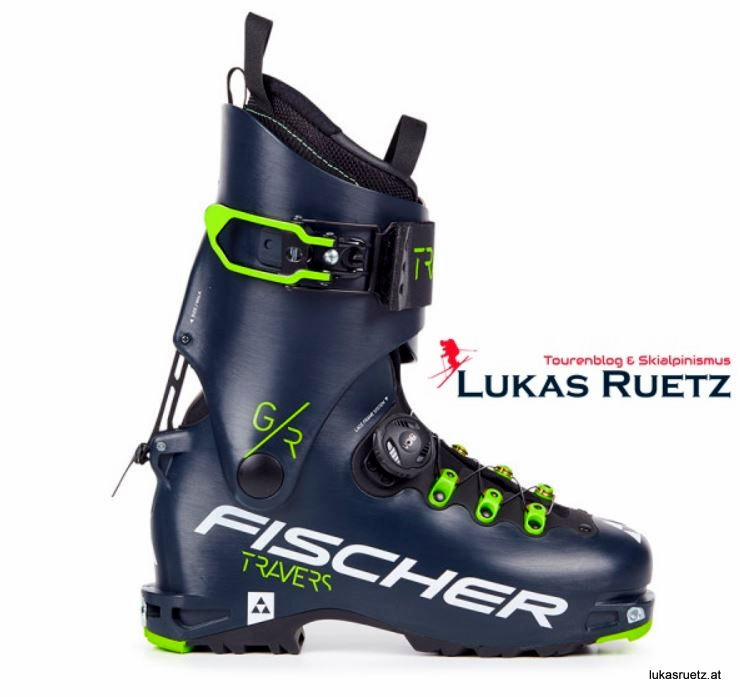 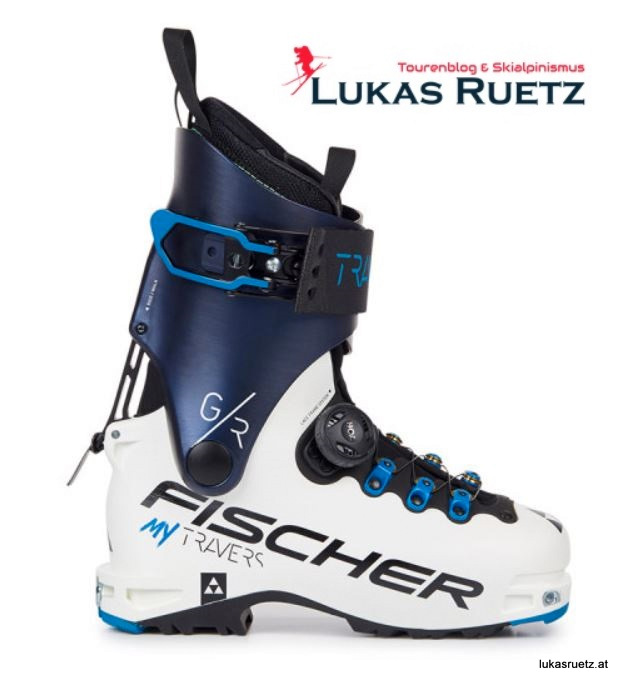 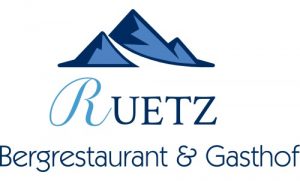 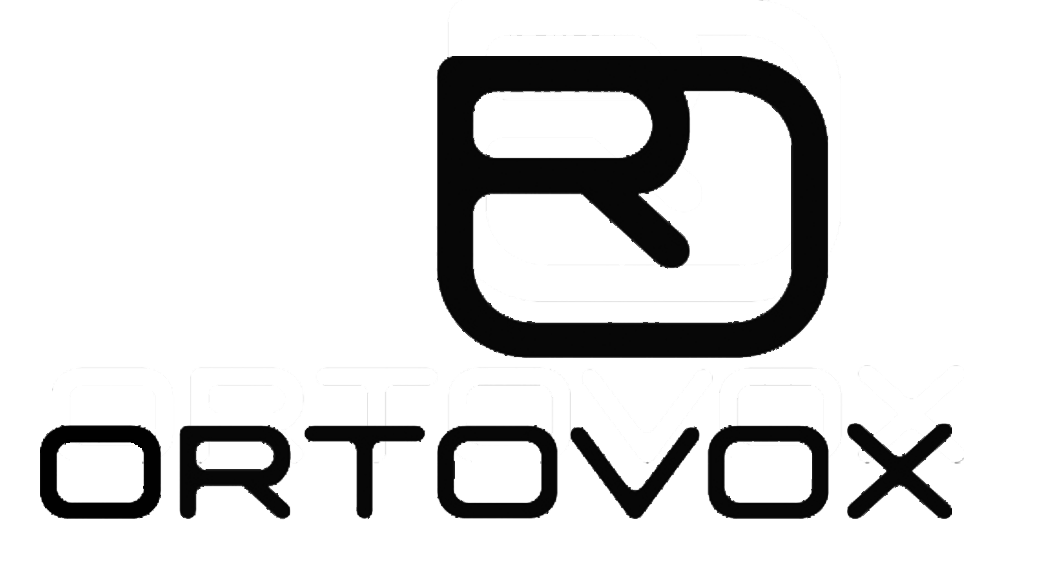